We are video conferencing day-in day-out now. Small conversations via video call are a regular part of remote work. In times of restricted travel and polluted air, this is excellent. It also works pretty well for two or three people. With 6, it gets difficult to manage who speaks. Above ten, things get tricky both from a technical as well as a social perspective. We have all been in this call where there was an echo that blew everybodies ear’s off, except for that one person that did not hear it (it was him). I have collected a few technical tips and practises over time that may help make video conferences easier and more enjoyable.

In situations with a small number of particpants, there will be few technical issues. The technology for video conferencing handles such setups quite well. Group size is also a social matter – it is easy to ask your buddy in the one-to-one to hang on a second while you silence the phone. In a call with 20 people, it is rude to have to phone ring in the first place. So let’s be spoiled brats here and look at the finer things in demanding situations:

There are two main contributors to enjoyable video conferencing, network and media, as in audio and video. Both start to act up with more participants because network use increases with the number of participants and audio adds up as well from multiple sources. Let’s break it down.

Choppy audio or hanging video often indicate issues with networking (or too much load on the computer, but that is less common today). Network issues can be related to bandwidth, latency and stability.

Regarding bandwidth, a good audio stream requires a couple of KB per second, while a good video stream requires 100s of KB to tens of MBs per second. For video connections, the requirements add up with the number of participants and quickly reach the limits of slower internet connections. If the choppiness reduces when video is turned off, it indicates an issue with network bandwith. Bandwidth has a weakest link problem, it is limited by the slowest element in the connection between the participants. For example, if a computer is tethered to the internet connection of a mobile phone, the wifi connection between the computer and the phone may look faster than the internet connection speed of the phone which then becomes the bottleneck. Most commonly, bandwidth at the internet provider is quite reliable and fast, so that the limits should be located between the internet access point and the computer.

Latency, or network delay, is also a potential problem. It is usually low enough for wifi and wired internet connections and can be low to horrendous on mobile. There is not much that can be done about it from the users side.

Network stability (basically all aspects in how your network connection quality may change while the conference is in progress) can become a real nuisance. Especially for longer video conferences like the 8-hour one I just attended a lot of disturbances can happen. For example, a badly shielded vacuum cleaner may interfere with wireless network. Murphy’s law has it that your neighbour will always start vacuuming 10 minutes into the call. Another interference may be network traffic by other users. Wifi bandwidth is shared and can be eaten up if family members create a lot of other traffic. Reducing the Netflix subscription to only one stream may help here :-) In general, relying on bandwidth to be constantly available is a bit risky. Also here, using a wired connection circumvents some of the problems, since it (usually) does not share bandwidth with other computers on the local network.

As a good rule of thumb, more bandwidth (a faster internet connection) is always better, and wired network beats everything in terms of consistent quality and stability. Go wired or sit close to the wifi access point.

Video depends mostly on hardware and system load, provided the computer can handle processing the video data. In most cases, if video quality degrades, it is not because of hardware issues, but because the software decides the computer or the network cannot handle a higher resolution and switches to a lower one. Consider shutting down unneccessary programs, especially if you are low on memory. The task manager or activity monitor display memory and processor usage and indicate if the computer is overloaded. High-quality video uses exponentially more computing power and bandwidth depending on the resolution, so reducing video quality along the usual steps (ultra->HD->SD->whateveritiscalled) will result in much lower requirements.

Audio is often the most difficult issue because it usually works just fine in test situations and then causes problems during the conference. Key issues are feedback, background noise and foreground noise.

Audio feedback loops are the worst. They range from a simple annoying echo to techno-music-like loops that get increasingly louder. This is caused by the microphone picking up the output of the speakers, retransmitting it to the audience so that it is played by the speakers again with a delay and this way causing a never-ending loop. It gets louder if the volume of the next round is higher than before and softer if it is lower. It can be anything from a decreasing echo to a cacophony.

This also indicates the remedy to feedback: In a conference settings where the participants all attend remotely, the audio of the conference should never come from speakers so that the microphone can pick it up. Use a headset instead. Always. If you take one thing away from this guide, it should be to always use a headset for video conferencing with groups. Use in-ears if you don’t like headphone hair.

Conferencing software has audio echo cancellation (feedback suppression) built in. It works ok, but not in all situations. Sometimes it slips in the middle of a call just for a second, but long enough to deafen the whole audience. Better not to rely on it - keep it simple and use a headset.

Foreground noise is one thing that throws off software echo cancellation at times. Foreground noise is ambient sound that originates from close to or the casing of the microphone. Ideally the only foreground noise should be what you say. However, the built-in microphones is located close to the computer and picks up typing on the keyboard or anything else your hands do very loudly. Such noises appear a lot louder to the audience than to you because they are partially filtered by our hearing. Another problem with the built-in microphone being integrated in the compuer case is that it picks up typing, rattling and anything physical going on on the desk the computer sits on. The remedy to this is the same as to echo – use a headset that also has a built-in microphone. This separates the microphone from the computer casing and locates it much closer to your mouth and further away from the keyboard. So again – use a headset, now with a microphone.

Background noise is caused by whatever happens in your environment during the call. Your phone notifications, people walking by or talking to each other, clocks ticking, all of this will be picked up and transmitted to the audience. And it adds up if their are many. It is a matter of courtesie as well to avoid that as much as possible. There are three remedies: Mute yourself when you are not talking. Reduce background noise by picking a quiet room or moving further away from the sources. Keep your microphone close to your mouth (headset…) so that the microphone volume can be lowered as much as possible.

If the calls are important, consider doing a trial run where you participate on the other end. Try out typing, talking to other people in the room, shuffling things on the desk and all the other things that could go wrong. Especially if the setup is going to be used often, it is worth spending time to make sure it works really well.

Keep in mind that it may appear on your end that the built-in speakers and microphone work just fine but it may make the experience for everybody else on the call miserable with your voice being choppy and overlaid by typing noises.

For indoor use, gamer headsets offer a great combination of comfortable, high-quality headphones with good microphones that can be worn for a few hours without becoming annoying.

Interestingly, the choice of specific video conferencing tool does not matter that much. Modern web or app based systems work pretty much the same, as long as the discussed technical aspects are taken care of.

To sum up, there are four key steps towards better video conferencing with larger groups:

Finally, it will be helpful to consider online meeting etiquette. If you participate in a call, make time for it. Put your phone on do-not-disturb during the call and focus your attention on what is being discussed. Combined with a solid technical setup, this should make video conferences become a lot more enjoyable. 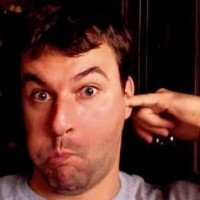